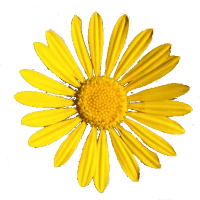 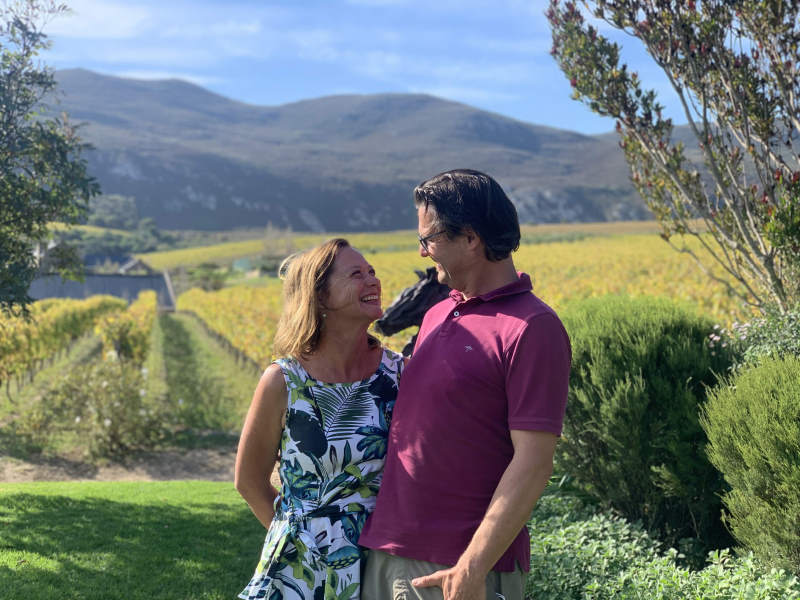 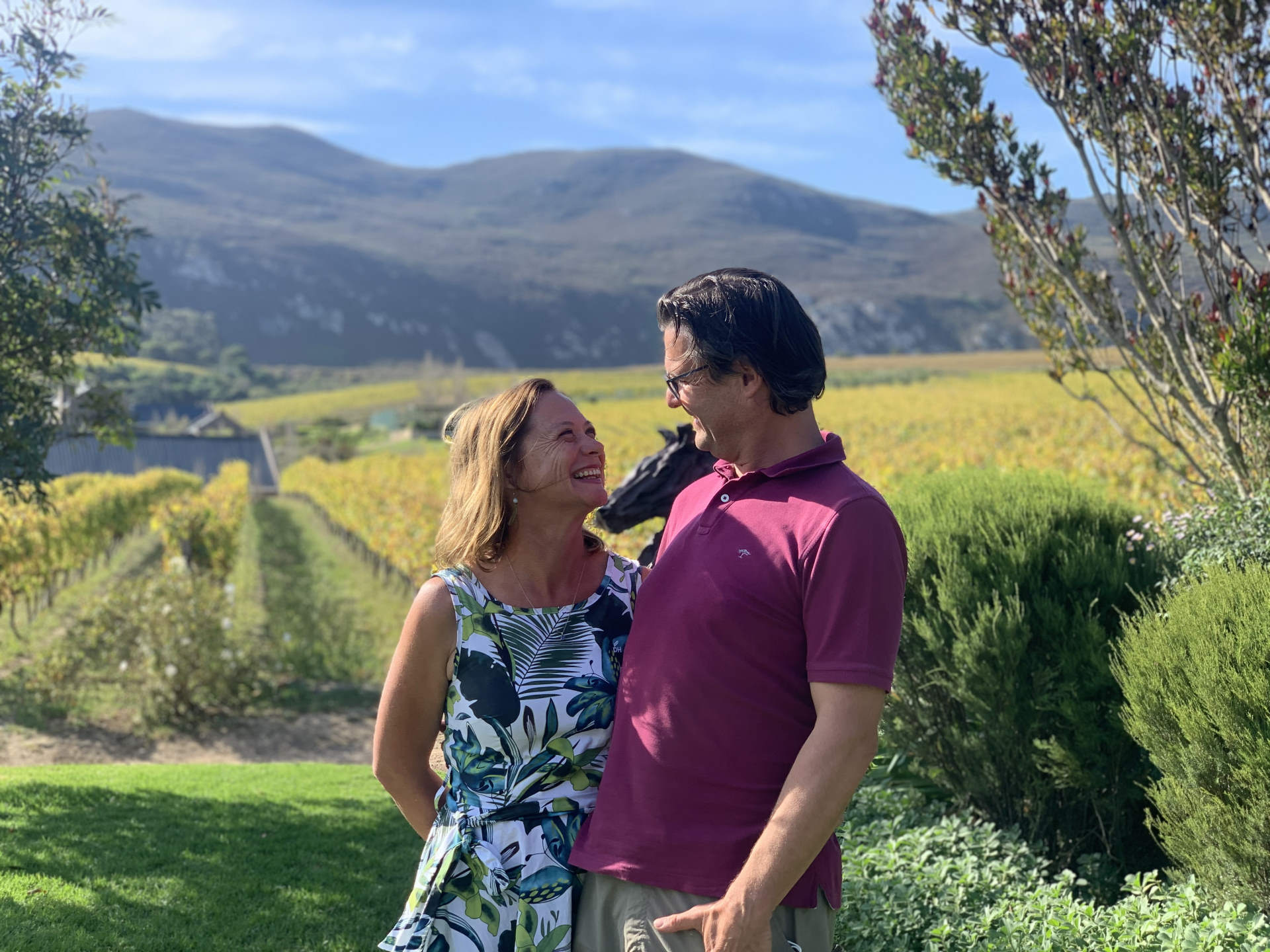 If you belief that accidents happen; then our paths crossed by accident.
Frank, a city boy born and bred in Bremen, Germany, took the brave step of becoming an entrepreneur and, together with his partner Holger, he started Ajimba African Tours - exclusive tours into southern African countries.
Charmaine, a farm girl from close to Hermanus, South Africa, happens to, among other things, be the owner of White Shark Projects, offering eco-friendly shark encounters.  On Frank’s 5th trip to Africa, he took his son Nils with, wanting to share his passion for Africa with him. He got his SA Tour Operator Southern Africa 360 to arrange some unique experiences. Of course, shark cage diving should be on this list.  The weather was, or was not, in their favour. Nils and Frank could not go diving, but this forced Charmaine to come down from her mountain top to meet them. In true fashion, Nils charmed her straight away!
Frank and Charmaine exchanged pleasantries and business cards and each went back onto their own journeys.  Strangely though, Frank’s card kept on falling out of the pile of business cards Charmaine had, and it always brought a sweet curiosity about the charming young man and his equally charming dad.  Life happened, to the both of them, but as the tourism industry is not that big, they met again in Hermanus a couple of months later and once again in Germany in the summer of 2019.
This proofed enough to set the stage for a mutual inquisitiveness, with a slight nervousness, about each other.  Intrigued by her, and against his better judgement Frank invited Charmaine to join him on a trip through Botswana and Namibia in March 2020, for months they were planning the dream itinerary.  The trip gave them the perfect excuse to talk regularly.
Frank was adamant he does not want a long-distance relationship and Charmaine revelled in her independent singleness. But, somehow, despite their pre-conceived ideas, they kept on being drawn to each other.
And then, it being the year 2020, on the day Frank was supposed to arrive in South Africa, that President Ramaphosa closed the country’s borders for 7 months.
‍
‍But we don’t believe in accidents, we believe that you can try as hard as you want, but you can’t fight fate.  On a worldwide scale, we were surrounded by a pandemic of uncertainty, immeasurable morbidity and anominous pause. The world was put on mute!
Our worlds were put on mute. With both our businesses having to do a hand-break stop, we were on unchartered waters with no idea how to navigate. We turned to each other for support and encouragement.  In this strange time of restrictions, the only freedom we found was in exchanging daily encouragements, inspirations, and positive observations.
Sharing our first coffee of the day soon became a ritual. Out of our morning coffee rituals we developed a lovely book project “As the KettleBoils”, capturing our experience, not only of this peculiar year, but also the development of a friendship between two people living in very different worlds.
And somehow, even with over 10 000 km between Bremen and Botrivier, after hours and hours spend talking on WhatsApp or Zoom sharing ideas, fears, values and dreams, we developed a unique camaraderie, build on mutual respect and admiration. Living in the same city, or even the same country became irrelevant.
Charmaine says: "With travel restrictions easing, Frank invited me to join him for a church service in Bremen on the "Heiligen Abend" and thanks to Lufthansa vouchers, without giving it too much of a thought, I booked my Flight. Frank was waiting on the other side of the Arrival door in Hamburg, and with him, a whole new world."

Frank says: "Charmaine touched my heart in this moment as the video chat became reality. So much different and gravitating, as particular material does. I was immediately sure that the distance relationship we lived in 2020 has its reasons in the power of attraction that started earlier between us."

‍So, we decided we want to share the rest of our journeys together. 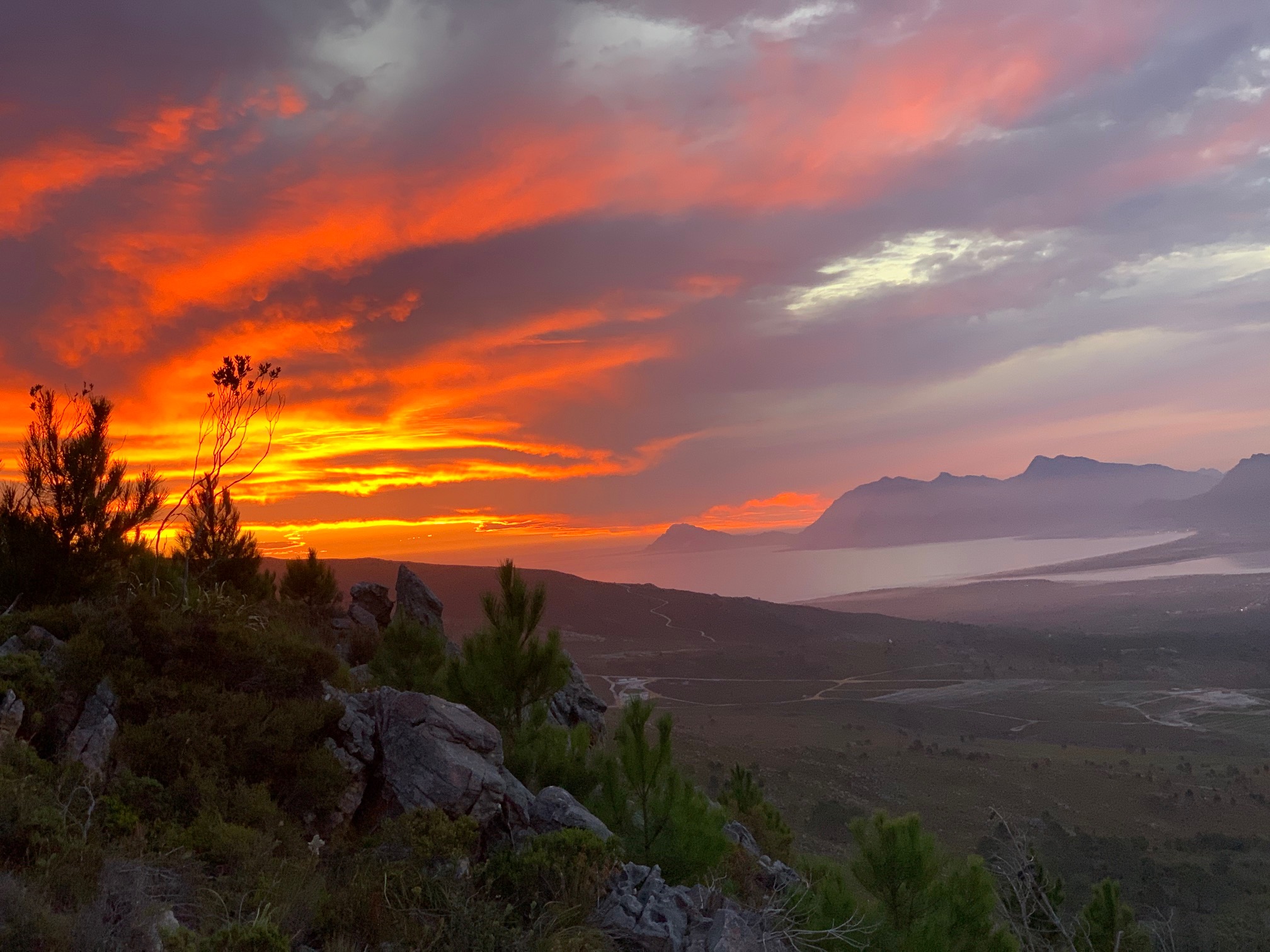 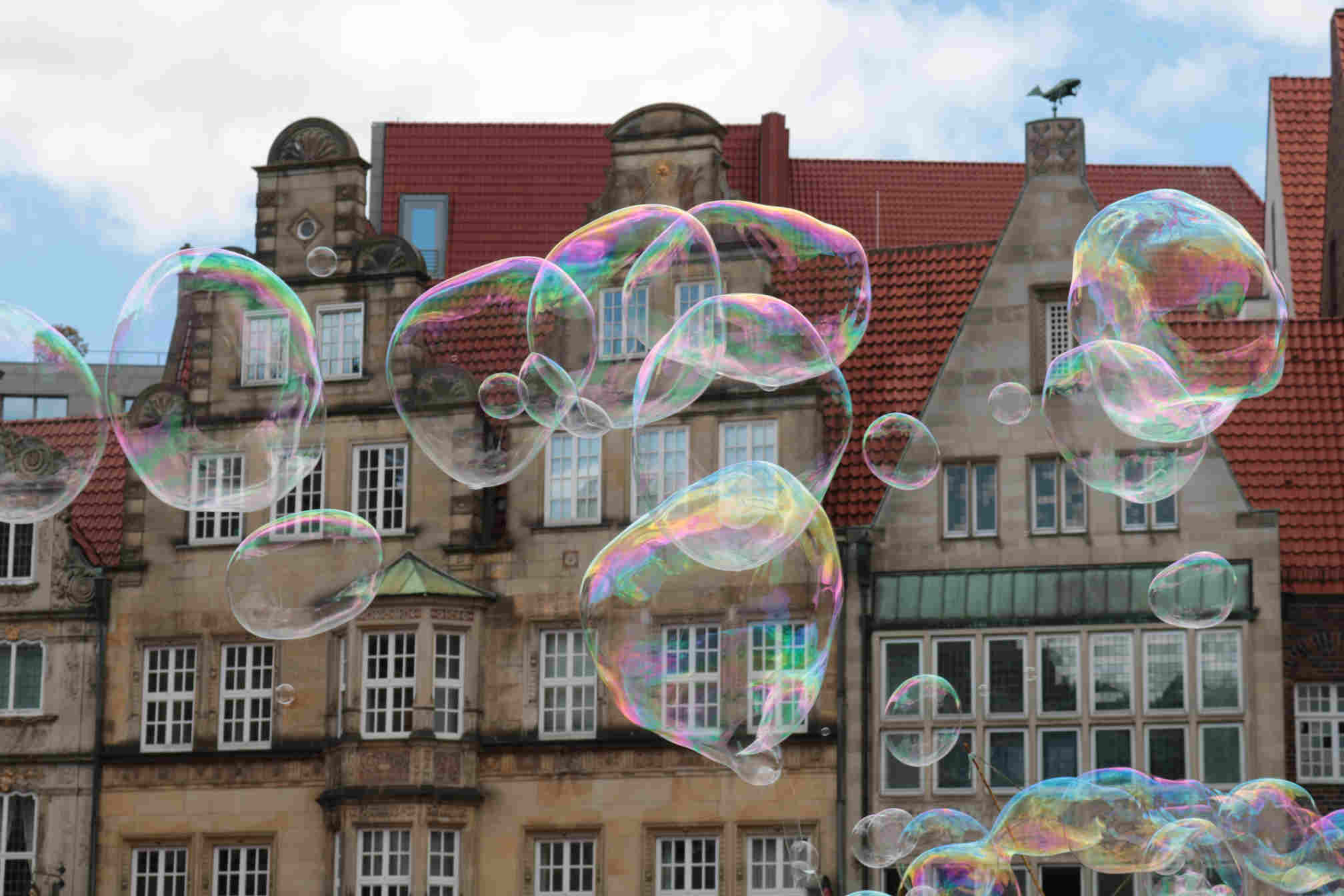 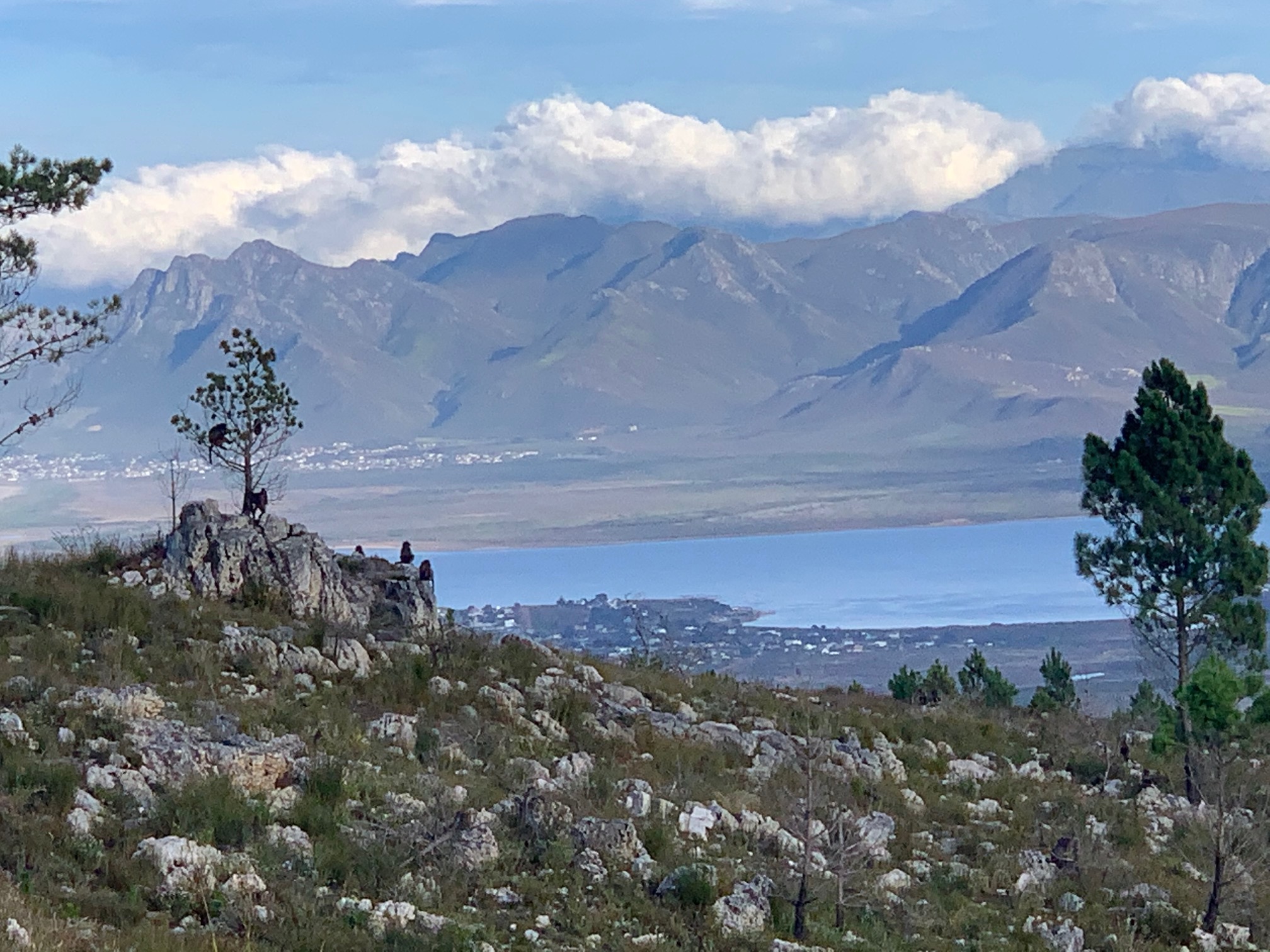 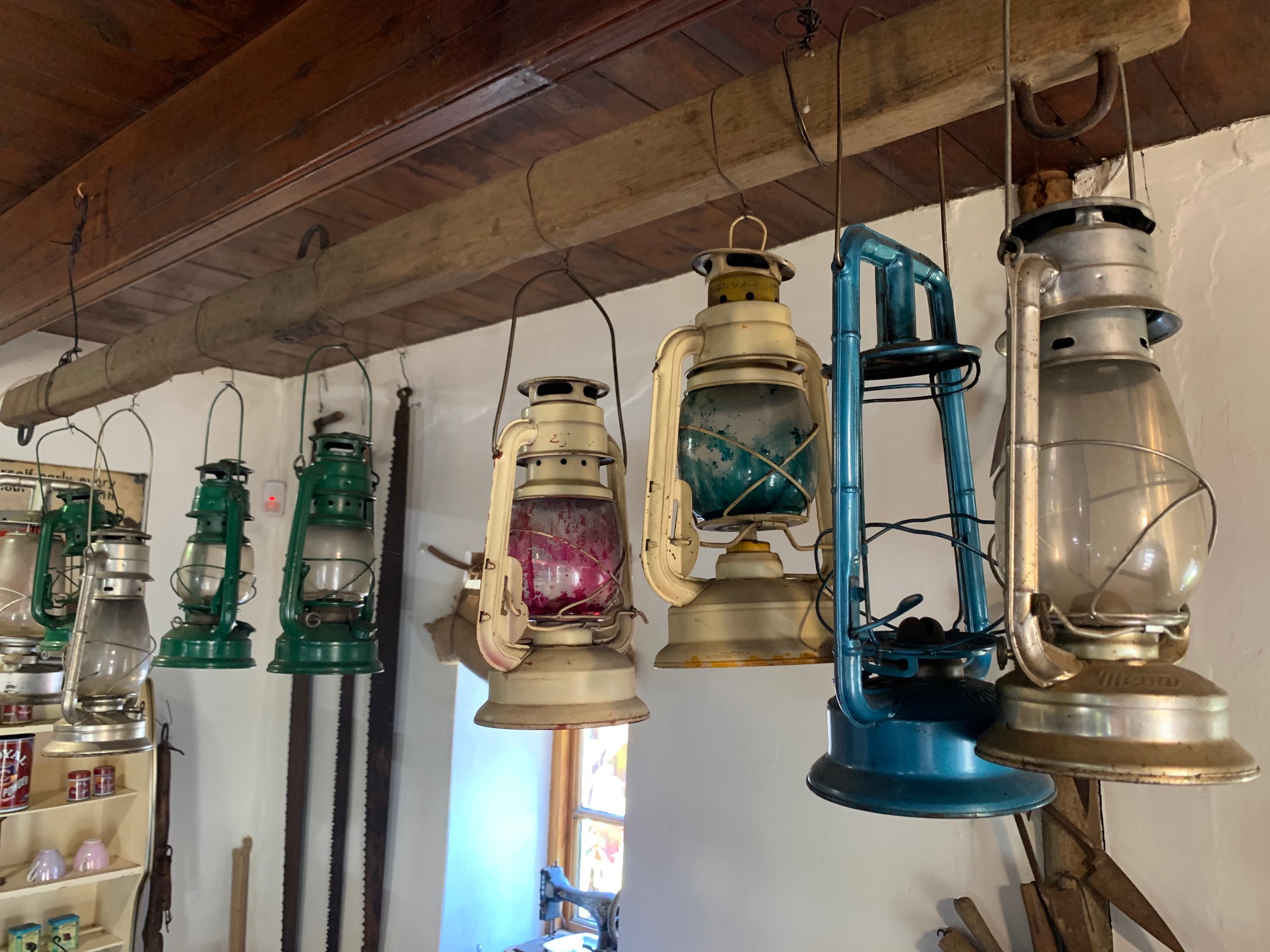 We will celebrate here: 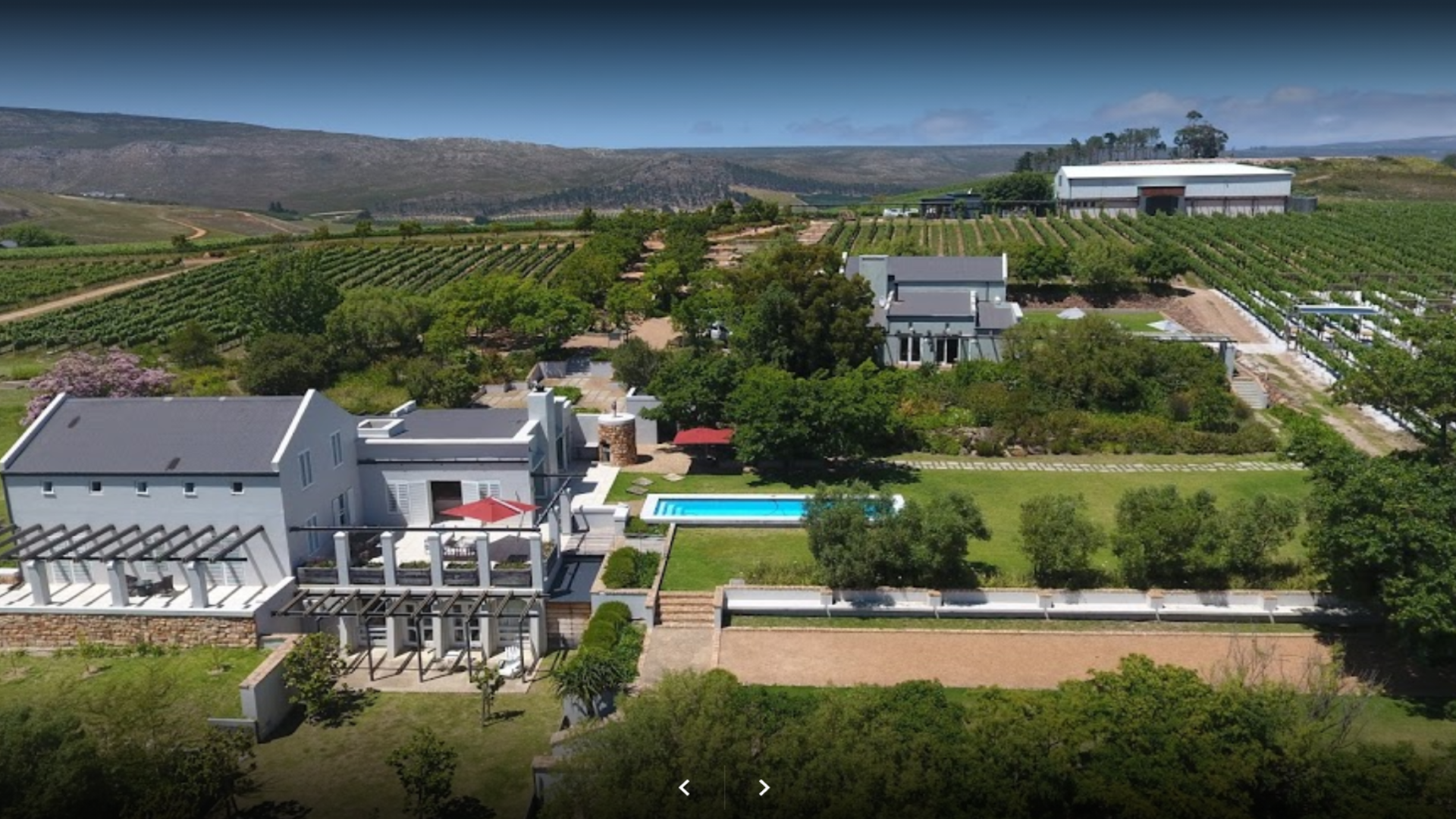 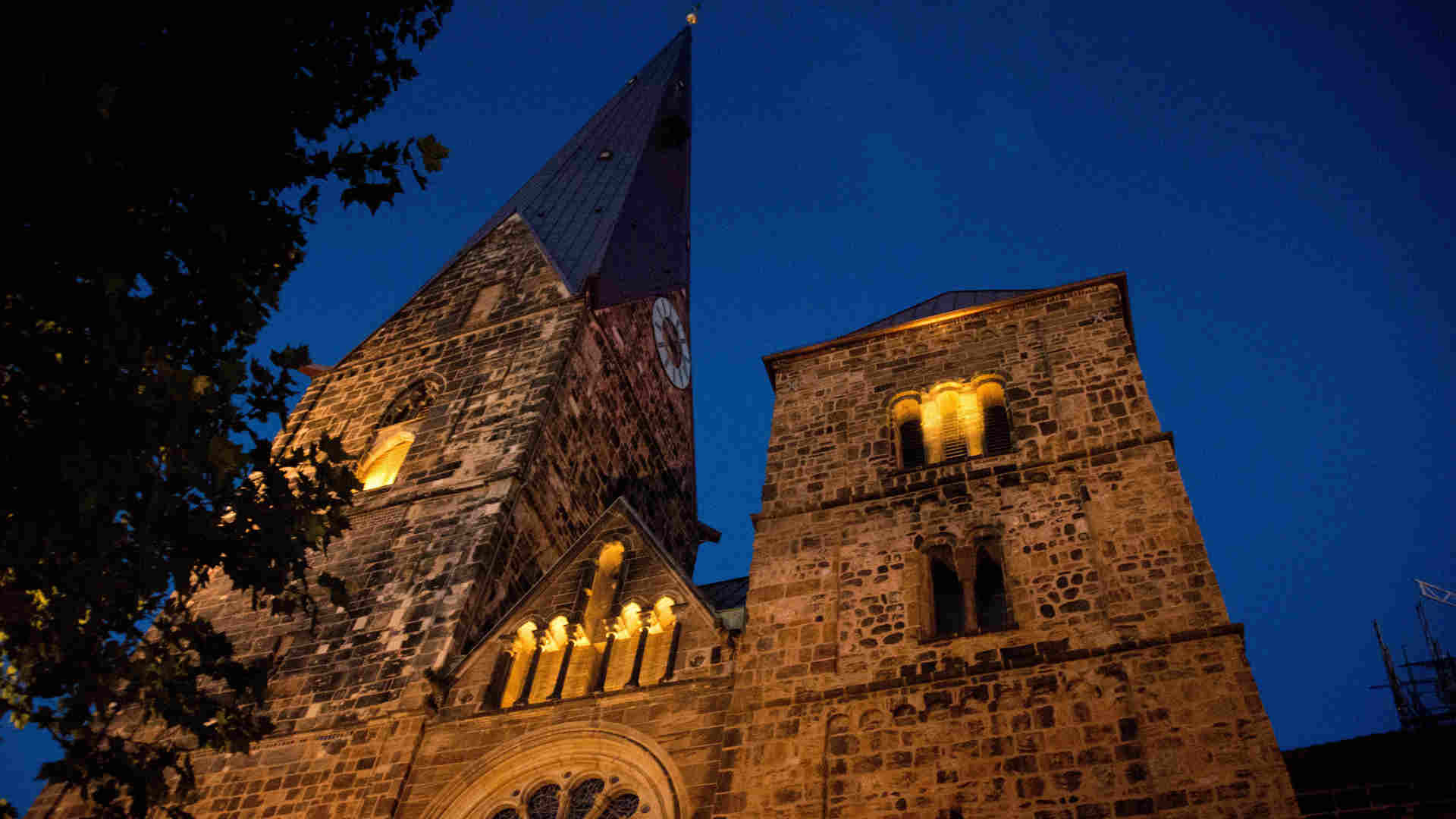 The City Church Unser Lieben Frauen
More Information ...
Your presence is the best gift we can hope to receive.
However, to commemorate this special day, we will be planting some trees on the Farm 948 in Karwyderskraal, Hermanus.

Should you want to plant a tree with us,
you can contribute here. (via Paypal)

What would be a wedding without photos, pictures and the impressions that brought us together and show us together.
We are happy if you can share our happiness and want to share with us the 'high' time of our ceremony and bond. 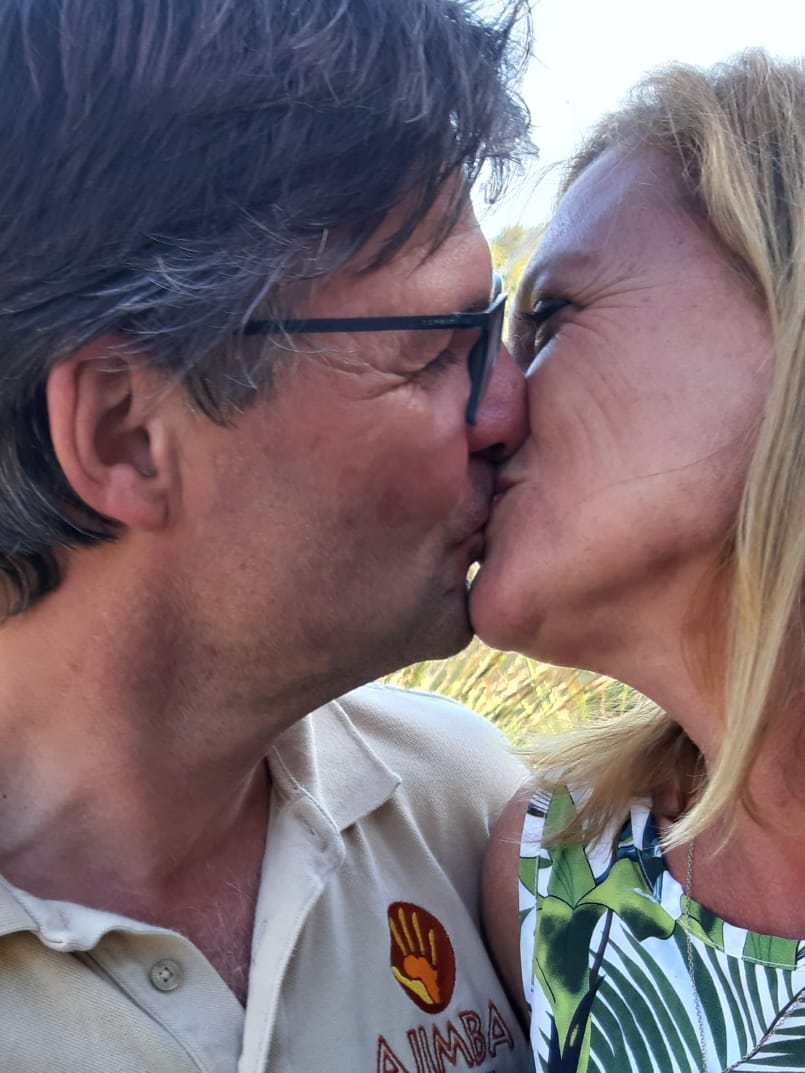 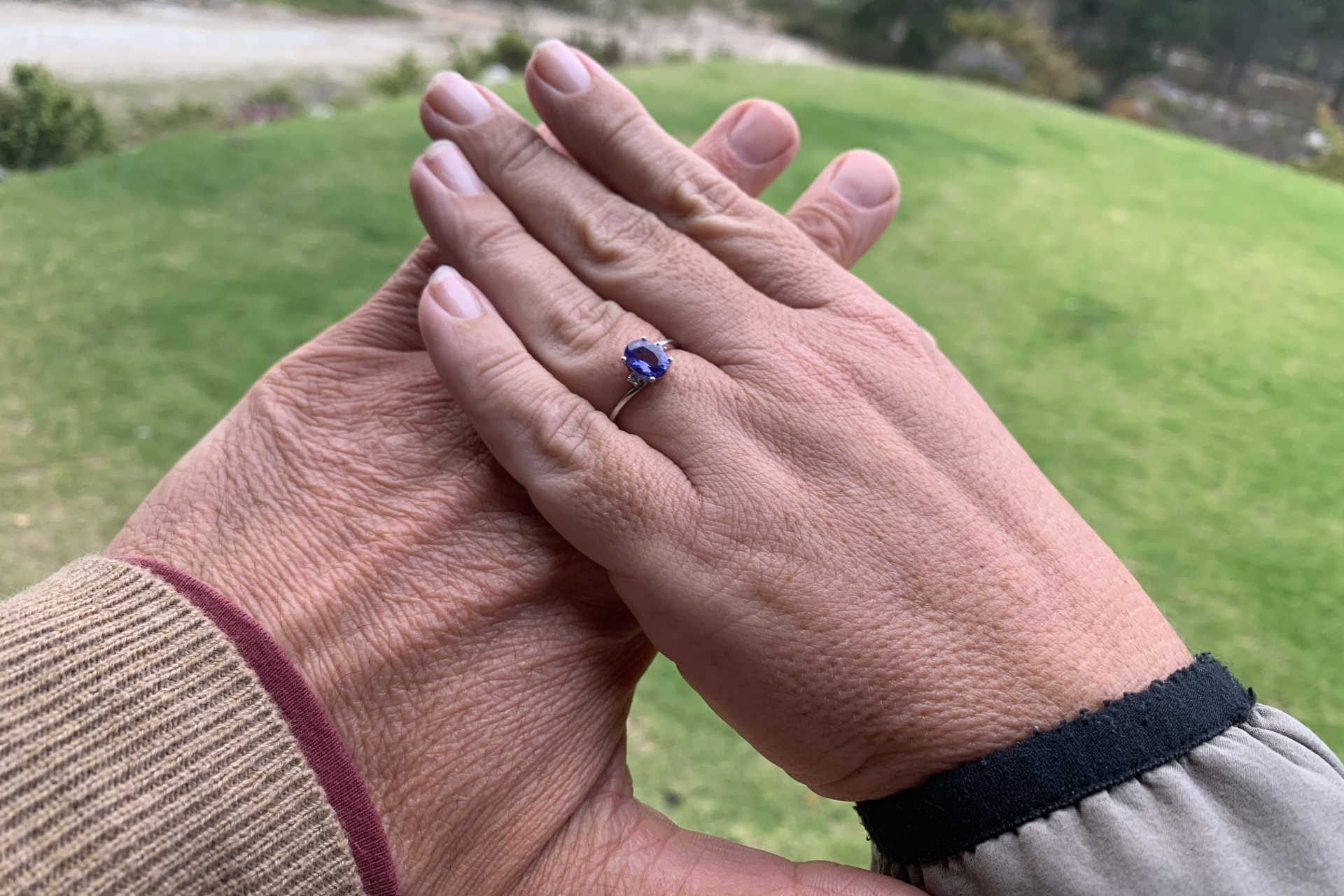 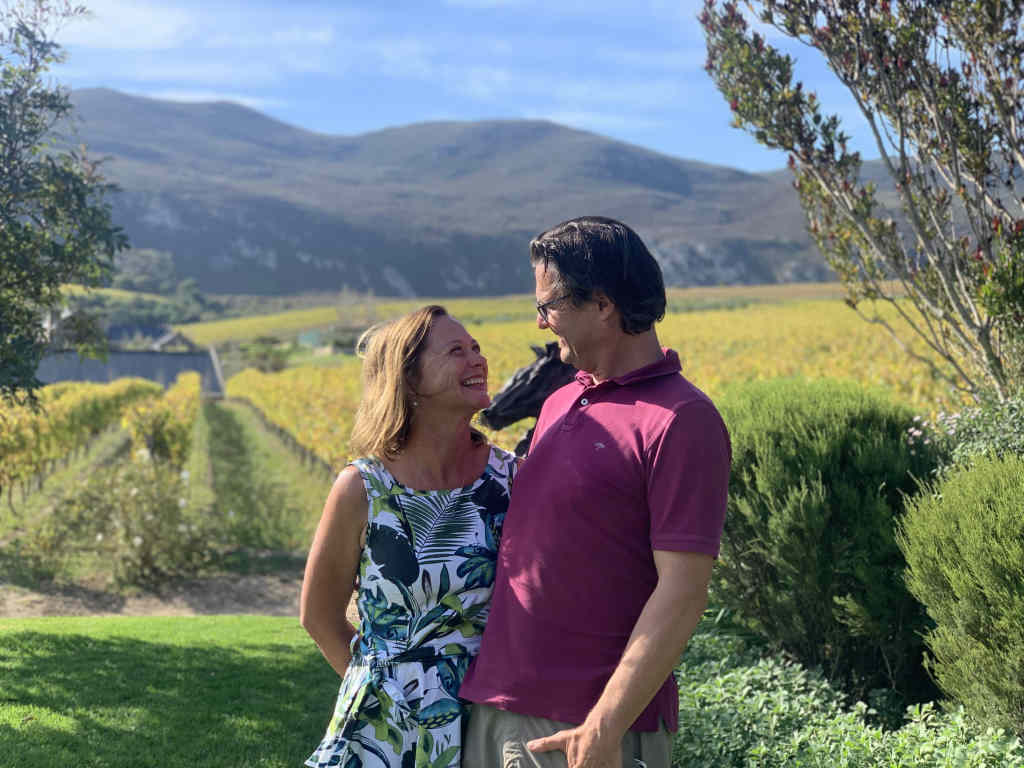 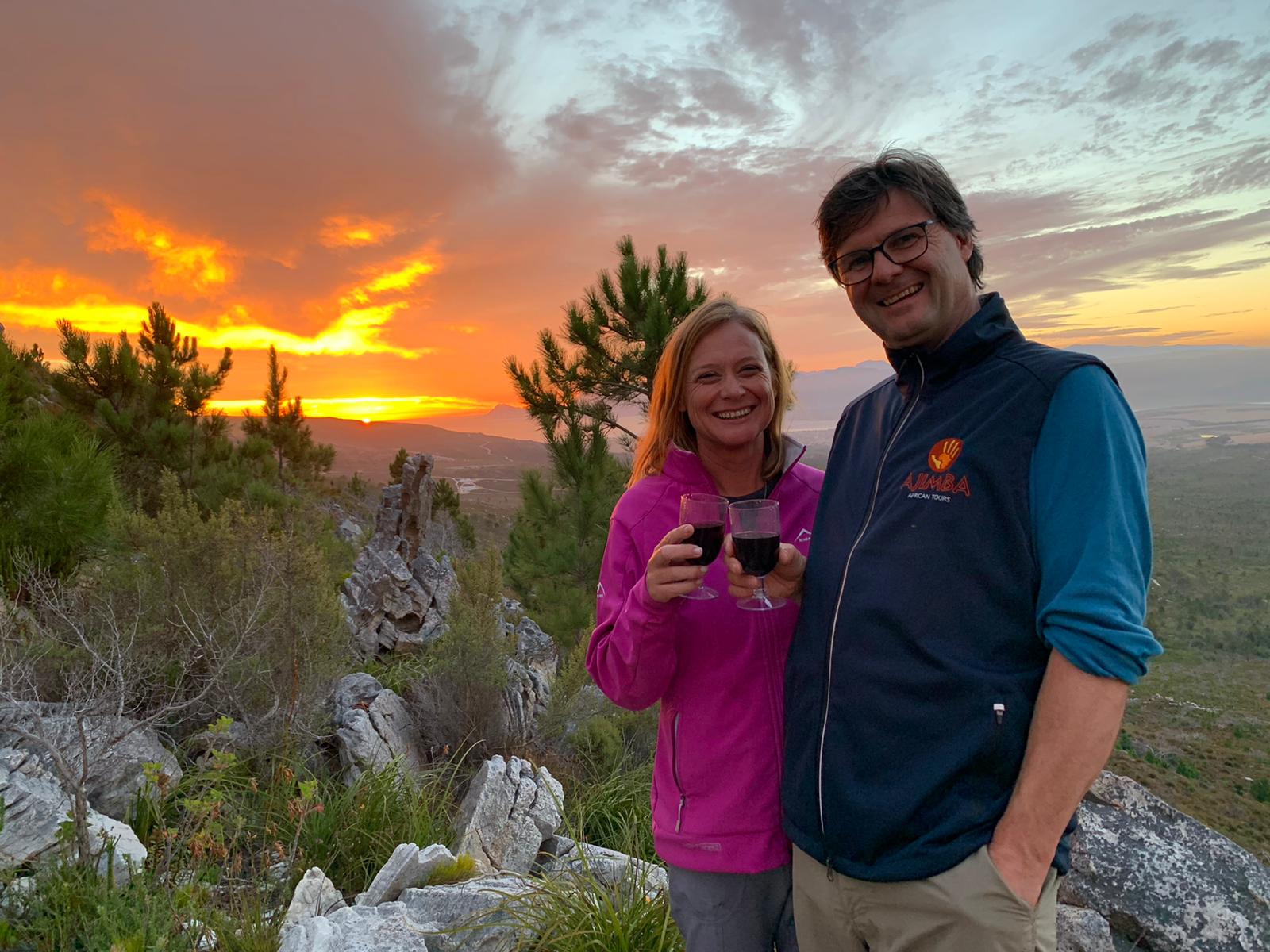 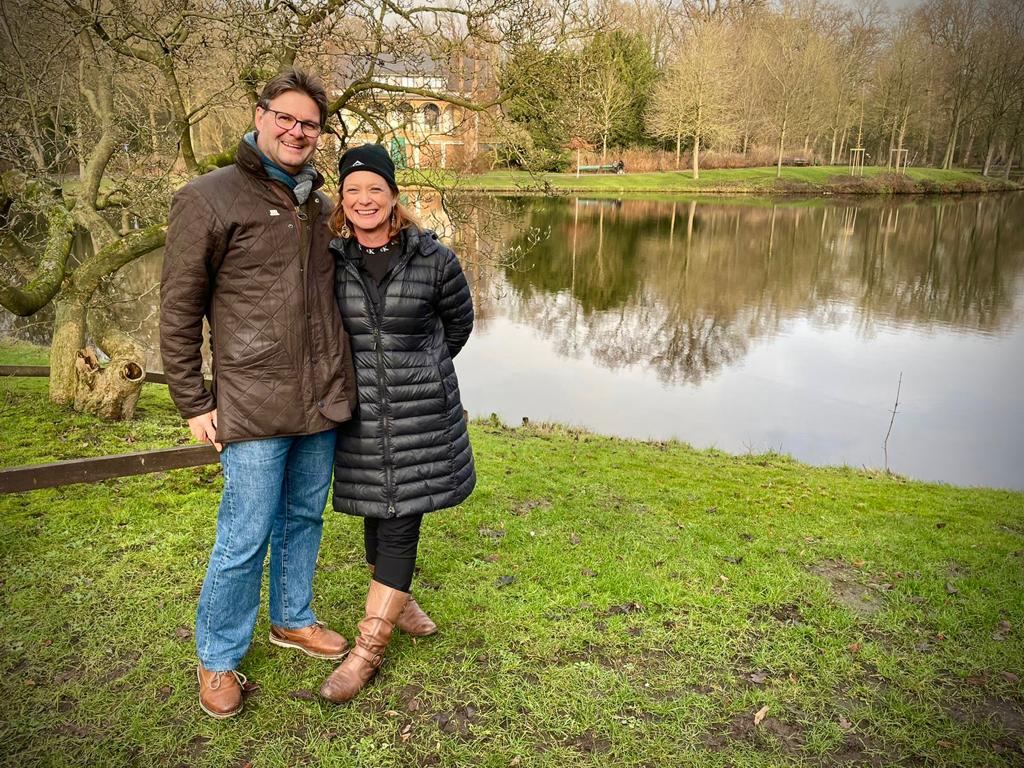 Please note that we will later also provide a password-protected link to the photos of our celebration with you via this gallery.